Be the first to review this product
Special Price ₹ 209 Regular Price ₹ 299
An inside look at Isha’s Himalaya pilgrimages, revealing the wisdom Sadhguru shares throughout.

Every year, a group of Isha meditators sets out on a tour of the Himalayas. Accompanying them on this journey is Sadhguru Jaggi Vasudev – a spiritual master considered by many to be one of the foremost living sages on the planet.  This is a book for those who stayed behind. It is a chance to make a pilgrimage on the page, traveling through the unpredictable but fascinating terrain of the Master’s words.

Amalgamating discourses and conversations from several sojourns, it is a blend of the specific and the timeless.  This book is not just about the Himalayas. And yet, the book would never have happened without the Himalayas. The mountains play a vital role in the text, alternatively as context and catalyst, mood and metaphor. Without them, some of the questions in the book would never have been asked. Even if they sometimes seem tangential to the line of inquiry, they remain a powerful subterranean presence, eventually becoming the very bedrock of this book.

“The reason we make this trip to Kedar is that this is a place which has witnessed thousands and thousands of yogis, mystics - every kind you can ever think of - for thousands of years. These are people who made no attempt to teach anything to anybody. So their way of making an offering to the world was by leaving their energies, their path, their work, everything, in a certain way in these spaces. This is the craziest cocktail of spirituality anywhere in the world.” - Sadhguru, Himalayan Lust 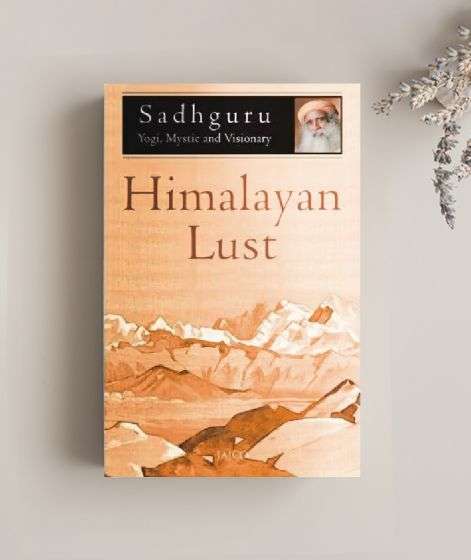 Always be the first to know!

Subscribe for latest updates and news straight in your inbox

One Time Password (OTP) has been sent to your mobile,please enter the same here to login.