Extracts from the book "Wealthier Millet Diet" by Nachal N.

Millets are tiny in size and round in shape and can be white, gray, yellow, or red. Millets are major food sources for all climatic regions of the world and feature in the traditional cuisine of many others. Millets are one of the ancient foods known to humans and possibly the first cereal grain to be used for domestic purposes. Millets provide good amounts of iron, calcium, potassium, and B vitamins. Today’s food does not have nutrition but only chemicals that are injurious to health. Millets are the exception as they grow without chemicals and with high nutrition. Millets are truly miraculous grains. They can grow on the most marginalized soils – without irrigation, and with very little or sometimes no external inputs. They are veritable storehouses of health and nutrition. Besides, millets are also the pivot around which vibrant agro-biodiversity survives, wherever it is allowed to survive.

Millets can be cultivated without using groundwater or any irrigated water. Their energy requirement from sources such as chemical fertilizers, pesticides, water, and power can be near zero. Millets are the only solution to all kinds of crises, including that of water, nutrition, and climate change.

By any nutritional parameter, millets are miles ahead of rice and wheat In terms of their mineral content. Each one of the millets has more fiber than other cereals and grains which are commonly used by us. It is scientifically proven that finger millets have at least twice the amount of calcium compared to rice. In their Iron content, foxtail and little millet are so rich that rice is nowhere in the race. While most of us seek a micronutrient such as beta carotene in pharmaceutical pills and capsules, millets offer it in abundant quantities. The much-privileged rice, ironically, has zero quantity of this precious micronutrient. In this fashion, nutrient to nutrient, every single millet is extraordinarily superior to rice and wheat and therefore is the solution for the malnutrition that affects a vast majority of the Indian population.

Millets can be consumed daily and can also be used mixing with wheat and rice-based products. Kids should be given millets in the form of regular foods or in terms of snacks. With millets, we can do all varieties of food starting from idly, dosa, kichadi, main meals, south Indian traditional snacks such as murukku, Adirasam, and also tasty laddoos. Millet food is highly useful in building dietary fibers which are used for building immunity. There is a misconception that millets are hard to digest. It is a slow digestive product but provides high energy for working. That is why millets are excellent for diabetics.

Millets, our medicinal food is our staple food in a fashionable manner that needs to be taken regularly. These are the traditional grains that are now less used in our daily diet. This is mainly because of not working the prominence and nutritional values of these grains. Millets are highly nutritious, healthy, and versatile. Millets are NUTRICEREALS.

Around 1960-1970 millets are considered food for the poor. So it slowly got vanished, from our healthy meals and we started to eat low nutritional polished, junk and attractive foods. Now it made most of us unfamiliar with these grains to the extent that many of us have not even heard some of these names like Kodo millet, Little millet, foxtail millet, barnyard millet, and also proso millet. Millets, not only a grain or concept but is also a culture and a symbol of national sovereignty.

This book is a small effort to bring back millet food in our daily food practice. This book is to serve a rich blend of both modern and ancient practices to provide you healthy living.

Millets are the best food grain collection, which is highly rich in proteins, fiber, minerals, and other forms of vitamins and minerals. These are the traditional grains that are now less used in our daily diet. This is mainly because of not knowing the prominence and nutritional values of these grains. The usage of millets regularly can help us growing healthy avoiding all the health problems caused due lacking vital proteins, vitamins, nutrients, fiber, and other important food components. Millet has been a major source of protein and energy for millions of people in Asia, Africa, and India for thousands of years. It’s gluten-free, has a mild flavour, and adds healthy proteins and fiber to recipes.

As millets are highly nutritious, non-glutinous, and not acid-forming foods. Hence they are soothing and easy to digest. They are considered to be the least allergenic and most digestible grains available. Compared to paddy rice, especially polished paddy rice, millets release a lesser percentage of glucose and over a longer period of time. This lowers the risk of diabetes. Millets are particularly high in minerals like iron, magnesium, phosphorous, and potassium. Finger millet (Finger millet)  is the richest in calcium content, about 10 times that of paddy rice or wheat.

Nutraceuticals are health-enhancing physiologically active food components that are also called phytochemicals. They play a key role as health-protective and disease preventive agents and have a tremendous impact on the health care system. There has been an upsurge of interest among the scientific community to characterize the role of nutraceuticals in the management of diseases and the development of functional/designer foods for various purposes. Alongside, elevated interest among health-conscious consumers in healthy foods is also evident in the community. Millets have a role to play here, owing to their nutrient and phytochemical composition. Dietary fiber which is present in soluble and insoluble form is proved to play an important role in the management of metabolic disorders like diabetes mellitus, hyperlipidemia, improve bowel motility and in turn reduce the incidence of colon cancer. Millets in general are rich in dietary fiber content (9 to 15%). It was reported that barnyard millet recorded the highest proportion of soluble fiber of about 6.0-6.5 percent, followed by little and Kodo millets(5.7 and 5.2% respectively). Further, proso and foxtail millets were shown to contain the lowest proportions of soluble fractions of dietary fiber(4.4 and 3.4% respectively). Reports thus indicated a higher proportion of dietary fiber in barnyard millet indirectly emphasizing the potential of grain as healthy food.

Why Millets, why not other food crops?

Millets are extremely eco-friendly followed  by the following reasons:

Always be the first to know!

Subscribe for latest updates and news straight in your inbox 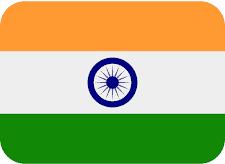 One Time Password (OTP) has been sent to your mobile,please enter the same here to login.